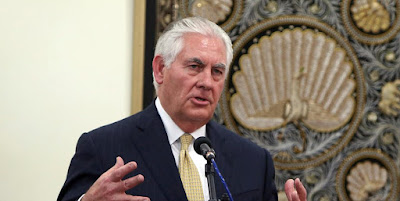 LAST UPDATED: NOVEMBER 16, 2017
The Department of State alerts U.S. citizens to the heightened risk of terrorist attacks throughout Europe, particularly during the holiday season.  U.S. citizens should exercise caution at holiday festivals and events.  This Travel Alert expires on January 31, 2018.
Recent, widely-reported incidents in France, Russia, Sweden, the United Kingdom, Spain, and Finland demonstrate that the Islamic State of Iraq and ash-Sham (ISIS or Da’esh), al-Qa’ida, and their affiliates have the ability to plan and execute terrorist attacks in Europe. Last year, mass casualty attacks occurred at a Christmas market in Berlin, Germany in December and a nightclub in Istanbul, Turkey on New Year’s Eve. While local governments continue counterterrorism operations, the Department remains concerned about the potential for future terrorist attacks. U.S. citizens should always be alert to the possibility that terrorist sympathizers or self-radicalized extremists may conduct attacks with little or no warning.
Extremists continue to focus on tourist locations, transportation hubs, markets/shopping malls, and local government facilities as viable targets. In addition, hotels, clubs, restaurants, places of worship, parks, high-profile events, educational institutions, airports, and other soft targets remain priority locations for possible attacks. U.S. citizens should exercise additional vigilance in these and similar locations.
Terrorists persist in employing a variety of tactics, including firearms, explosives, using vehicles as ramming devices, and sharp-edged weapons that are difficult to detect prior to an attack.
If you are traveling between countries in Europe, please check the website of the U.S. embassy or consulate in your destination city for any recent security messages. Review security information from local officials, who are responsible for the safety and security of all visitors to their host country. U.S. citizens should also:
We continue to work closely with our European partners and allies on the threat from international terrorism. Information is routinely shared between the United States and our key partners to disrupt terrorist plotting, identify and take action against potential operatives, and strengthen our defenses against potential threats.
For further information: 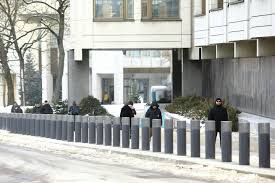